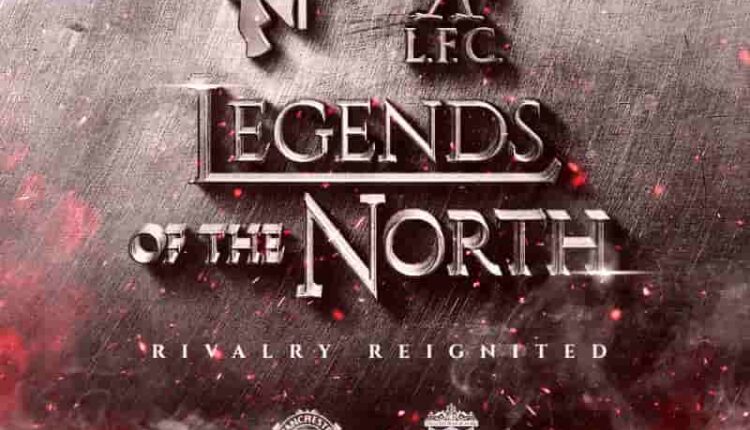 Manchester United Foundation is excited to reveal the next group of former Reds set  to feature when a team of club legends take on their Liverpool counterparts in the  Legends of the North match.

Taking place at Old Trafford on Saturday 21st May, Jaap Stam, Wes Brown, Louis  Saha, Ronny Johnsen and Jesper Blomqvist will once again don the famous red shirt for the game. They will join Diego Forlan, Patrice Evra, Mikael Silvestre, John  O’Shea and Karel Poborsky who were announced earlier this month, with many more  former Reds still to be named. Bryan Robson will be taking charge of the squad  alongside assistant manager Andrew Cole.

The match is the first of its kind since the Treble Reunion match of 2019 and  promises to be an entertaining affair with famous names from English football’s two  biggest teams going head-to-head.

Former defender Wes Brown has been a longstanding supporter of Foundation  projects, assisting with many community initiatives and helping to support the  families and young people during the pandemic. From delivering food parcels to  stepping out on the hallowed turf of Old Trafford again, Wes is delighted to be back.

“I’ve been involved with the Foundation for many years now and I love visiting the  schools, helping with their projects and just showing my support,” Wes said. “I know  how important their work is, which is why I can’t wait to play again in the Legends of  the North match. It’s a big match, against a big rival, so I would encourage all United  fans to come along and get behind us, while also helping to raise important funds for  the Foundation too.”

Wes’ potential central-defensive partner for the day, Jaap Stam, is another player  from the famous Treble-winning squad looking forward to coming back to  Manchester.

“Returning to Old Trafford is always special for me and this time will be no different,”  the Dutchman said. “Everybody knows how important this fixture is to both sets of  fans, so I’m sure it will be well-supported, which is exactly what we want to see with  the money raised going towards supporting the Foundation.”

All five Reds have fond memories of playing against the men from Anfield, with  Ronny and Wes both finding the net against them in 1998 and 2008 respectively, and  Jaap, Louis and Jesper all featuring in memorable matches against our North West  rivals.

For more information and tickets please visit www.manutd.com/legends. All proceeds  from the Old Trafford match will go to Manchester United Foundation’s work with  young people across Greater Manchester.

It’s all to play for in this epic fixture…who will be crowned Legends of the North?