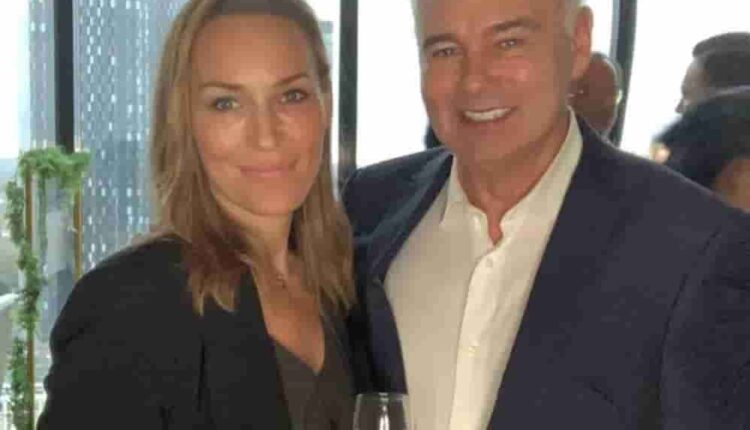 LEGENDARY presenter Eamonn Holmes has vowed to “give a voice to the people of Manchester” with his new Breakfast TV show.

The Irishman has been in Manchester all this week filming his GB News show inside the Hilton Hotel as part of a special series of programmes.

The programme has moved into the hotel’s iconic Cloud 23 bar located at the highest point in Manchester and has featured a string of guests and celebrities from the region.

Famous faces to have joined Eamonn on the sofa have included Tarun Kapur, National Leader of Education and Director of the Manchester United Foundation Board and Tom Bloxham, the Chair of Urban Splash and a trustee of the Manchester United Foundation. He was also joined by Seema Malhotra, star of the Real Housewives of Cheshire and the forever unique owner.

Eamonn, 62, said: “Having lived in Manchester for many years it’s a real privilege to bring the show to the city and to report on issues that matter to local people.

“One of the main reasons I wanted to join GB News was to try and provide a voice to viewers from all across the country.

“Too many news programmes these days get preoccupied with what’s going on in London and forget there’s a big wide world outside of the capital.

“That’s why it’s been wonderful to meet and speak to so many people working and living in the city over the last few days. Our aim each morning is simple – to “shine a light” on issues impacting Mancunians.”

His comments were echoed by co-host Isabel Webster who said the “vibrancy and ambition” of Manchester makes it a special place to broadcast from.

Isabel, 39, said: “Having once spent many years on the road as a news correspondent it’s been wonderful this week to pack the suitcase, get out and bring the show to Manchester where so many of our viewers live and work.

“Viewing figures are rising higher here than anywhere else and I’d like to think that’s because we’ve always tried to make sure we shine a light on the issues which matter to Mancunians.

“There’s a real vibrancy and a sense of ambition right now. But, at the same time, people are struggling too. Everywhere I’ve been this week I’ve met people who are genuinely worried about the rising cost of living and how they are going to make ends meet. It’s really tough right now and our programme is determined to make sure their voices are heard.

“Mancunians are rightly proud of their city. One of the first things that struck me when my train pulled in at the weekend was how everywhere you look there seem to be cranes. There’s so many exciting developments going on throughout the city and it’s fantastic to see so many exciting projects underway after such a difficult couple of years during the pandemic. Ministers now need to show the same level of ambition to ensure that this wonderful City gets the very best opportunities to grow and prosper.”

Eamonn, who is a devoted Manchester United fan, was recently pictured in the city attending the World Premiere of ROBBO: The Bryan Robson Story at the HOME Cinema alongside his son, Jack, 19.

He joined GB News in January after parting company with ITV where he used to front This Morning with wife Ruth Langsford 62.

Revealing why he joined the show, Eamonn said: “I’ve spent my career on broadcasting firsts and start-ups, and GB News is one of the most exciting yet. It’s just the kind of shake-up the industry needs. I’ve admired GB News from the beginning for its clever mix of punchy debate but delivered with warmth and even some fun.

“To me the greatest honour in journalism is to give a voice and respect to the unheard, and that’s exactly what GB News is all about.”

***Breakfast with Eamonn and Isbael is on GB News Monday-Thursday 6-9.30am.