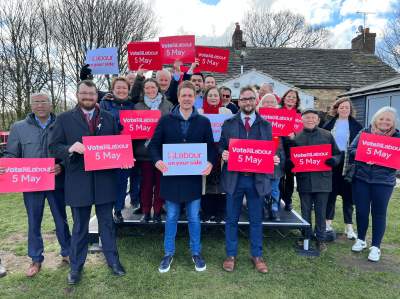 Labour has selected James Frith, who is the former Labour Member of Parliament for the constituency, as its Parliamentary Candidate for the next General Election.

James Frith said: “It is such an honour to have been selected as the Parliamentary candidate for Bury North. Bury is my family’s hometown and so I am humbled and extremely proud to have been backed by so many Labour members, councillors, unions and affiliates. It shows that we have the movement to win here in Bury North”

“Bury deserves better than this government and the current MP interested in their own survival only. Boris Johnson’s government might be ending but the rot goes right through the Conservative Party. James Daly stood by him repeatedly, despite them lurching from one crisis to the next, despite the lies, despite the erosion of standards in public life. A General Election can’t come fast enough.”

“Only Labour has a plan to help people through the cost of living crisis, fix our broken transport system and ensure people feel safe on our streets.”

A Labour Party spokesperson added: “James Frith is an excellent choice to win back Bury North at the next general election, he is a lifelong Labour campaigner and hardworking Dad of 4. James Frith brings a wealth of experience as the former Member of Parliament and will deliver on the needs of everyone living in Bury.”